Born in Athens, Greece, on December 16 1935, Alekos Fassianos was one of Greece’s most prestigious painters.

A former student of the School of Fine Arts of Athens, the artist continued his studies in Paris thanks to a scholarship granted to him by the French government from 1960 to 1963.

He stayed in Paris for the next 35 years where he connected with the most important personas of the cultural scene of the time.

Influenced by abstract art, Fassianos adopted a personal anthropocentric style.
Although some of his early paintings were in a contemporary style, he also drew a lot of inspiration from popular art and Ancient Greek mythology.

In addition to painting and lithography, he also illustrated books, designed costumes for theatrical productions and created sculptures.

Fassianos was widely celebrated in Greece and many of his works were hosted public spaces. In France, he was made a commander of the Order of Arts and Letters and an Officer of the Legion of Honor. His work was exhibited largely in France and Latin America as well as in New York, Tokyo, Stockholm and the biennales in Venice and São Paulo.

Leaving behind a precious heritage, the painter passed away on the 16th of January. We salute a great artist, a man that loved Greece and humans and promoted the great spirit. And, surprisingly, he was one of a few that we Greeks proved to loved him back while he was alive! 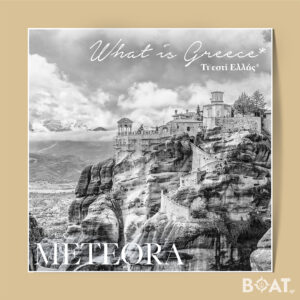