After months of speculation – Yachting World broke the story than the IMOCA 60 class were in the final stages of negotiation with the Volvo Ocean Race back in April – organisers have confirmed that the next edition of the crewed multi-stage round the world race will take place in IMOCA 60 class yachts.

In the very final days of the race, a confidential Educational Session for interested parties was held around the IMOCA Class Rules in The Hague last week. The announcement was only publically confirmed yesterday, after the prizegivings for the 2017-18 event had been held and the Volvo Ocean Race teams and sponsors dispersed.

At the session, sailors and team managers from the most recent Volvo Ocean Race and IMOCA events, along with yacht designers currently involved in construction of new IMOCA Class boats such as Guillaume Verdier and Juan Kouyoumdjian, discussed the changes. 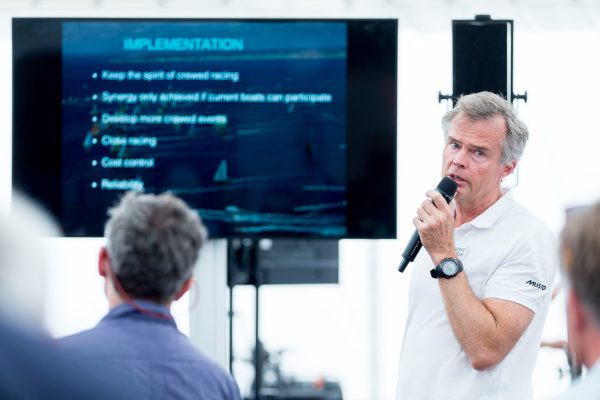 Co-President of the Volvo Ocean Race, Johan Salen, presenting at the IMOCA 60 partnership information session in The Hague, 28th June 2018.

“This is a first step of many in preparing for the next edition of the race in 2021,” said Johan Salén , co-President of the race. “There is an ongoing co-operation process to put in place the elements we need to make the next race a success from a sporting and business point of view.

“This is a complex matter with many perspectives, and we are respectfully welcoming continuous input from all key stakeholders, from World Sailing to individual sailors, teams and partners. We are confident that this is the right way forward.”

Organisers are certainly likely to receive plenty of input – during my visit to the last stage of the Volvo Ocean Race, before the announcement was made, I spoke to numerous sailors about the possible choices of boat for future editions of the race and found almost no consensus.

Team Brunel skipper and eight-time race expert Bouwe Bekking was a big proponent of the IMOCA 60 plan. Peter Burling, helmsman on Brunel, speculated: “I’m not sure if the exact IMOCA rule would work well for the Volvo, maybe a variant of that rule. For me it’s just got to be fast and modern, and I think they’ve got to make the race shorter as well.”

David Witt, skipper of Sun Hung Kai Scallywag, told me: “I think the IMOCA 60 would be a mistake. I have a feeling their [organisers’] motive is to try and get the Hugo Bosses and big corporates to come in from the Vendée Globe.” Witt was concerned the move might make the Volvo Ocean Race a second-tier event in the IMOCA calendar to the single-handed Vendée Globe.

Chris Nicholson, watch captain on Team AkzoNobel and a veteran of six Whitbread/Volvo races, supported using the one-design 65s again. He was among those that raised concerns about the robustness of the existing IMOCA design.

“A current IMOCA boat won’t handle a crew of four or five, so that has to be a complete structural redesign,” Nicholson said. “I wouldn’t sail around the world in an IMOCA boat with five of us Volvo-type sailors. If you had a race like we’ve just had, I don’t believe it would handle it.”

Bruno Dubois, team manager for winners Dongfeng Race Team, felt that the race needed to modernise: “I think if we go with a boat with no foils we are in the Stone Age,” he said.

“We have to be at the forefront of what’s going on. I think IMOCA are strong boats, they would have to be modified to sail with crew, but it is a way to go to get development.” Dubois also suggested using the 65s as a ‘B’ fleet, restricted by a gender, age or nationality rule. The future of the Volvo 65s is yet to be announced. 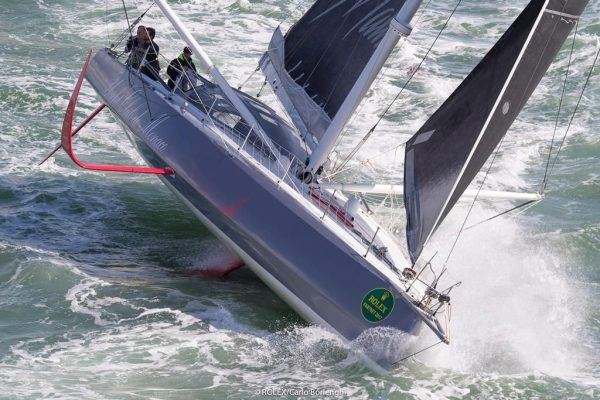 The current crop of IMOCA 60s more usually race single- or double-handed. ‘Fully crewed racing’, with four or five crew, is limited to a few events such as the Rolex Fastnet Race are. Photo Carlo Borlenghi/Rolex

In yesterday’s press release, organisers say a joint committee is being formed to draft a specific section of the IMOCA class rules for a crewed IMOCA 60, “respecting the spirit and intent of the partnership, which includes cost control, security and sporting fairness”.

The committee will have to consider factors such as whether any more components are made one-design to reduce costs, and any necessary structural modifications to ensure the boats’ reliability – many have speculated that the race could once again be dominated by rig failures, after just two rig breakages in 14 circumnavigations by the robustly over-built 65s across the last two editions of the race.

Critically, the rule relating to crew numbers on board the IMOCA class is still to be determined and among the items under consideration. Organisers say they have “the goal of retaining an On Board Reporter role”.

One issue with the IMOCA 60 plan is that it is likely to greatly reduce the number of crew racing at any one time – although sailors may be rotated in a squad. This could put one of the biggest legacies of this race, the gender crew rule that saw 23 women sailors racing in mixed crews, in jeopardy, although organisers have said it is a trend they hope to continue.

“Moving the race into foiling monohulls under the IMOCA class will motivate more sailors, teams and the wider marine industry to prepare for the next edition,” Salén commented in the press release. “Partnering with the existing IMOCA infrastructure means the professional offshore sailing calendar becomes more unified and efficient, this helps the sport as a whole and helps to build a sustainable business model for teams and sailors.” 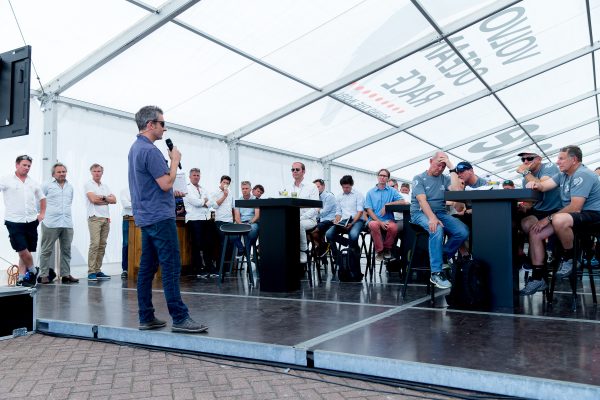 Part of this plan is likely to involve extending the calendar of events beyond a single round the world race every three or four years. “It has been quite difficult, and also not sustainable, to build a boat that is not very well adapted to use for other events,” Salén told me by phone before the announcement.

“So we are trying to get more continuity for the teams. To achieve that the IMOCA class is a very attractive option because there is so much in place already. The teams can go to a sponsor with an agenda with events every year and a four-year cycle, much more continuity and a much better resale value for the boats.”

Salén says they are considering options that include a round Europe race to cover key sponsorship markets, as well as ocean courses, such as a transatlantic, but the current IMOCA calendar is governed by the next Vendée Globe, starting in November 2020.

Winning skipper Charles Caudrelier of Dongfeng Race Team has competed in the IMOCA class previously. “This change is very exciting,” Caudrelier said in the event press release. “The Open 60s are just amazing boats. I really enjoy sailing on these boats and I think when people see it, they will enjoy it. If the two best offshore races in the world are going to join the same class, to me it’s good news.”

“I think as a sailor, this is very exciting,” said Bekking. “For the younger generation of sailors, they’re all about foiling and surfing and going fast and you have to get the best sailors involved in the race. With the Open 60s, they’ve nailed it, because this is what the sailors want.”

“We’re trying to make a boat for the future that is capable of doing both short-handed and fully-crewed races,” said the highly successful IMOCA designer Guillaume Verdier. “My opinion is that it is doable with a bit of compromise from both worlds to meet in the middle.”

Nick Bice, who has been running The Boatyard shared maintenance department for the Volvo 65s, is leading the development of the new rule.

“The process is just starting,” said Nick Bice, who is leading the project to develop the Open 60 rule for the next race. “We’ll forward everyone’s input to the joint committee and get started on developing the rules that will be used for Open 60s to participate in the next race. Our goal is to have this ready to go by the end of the year.”

We look at more of the questions surrounding the future of the race, including opportunities for female crew and possible future routes, in the August issue of Yachting World, out on Thursday 5thJuly. We also have a personal account from Dongfeng Race Team’s skipper Charles Caudrelier and shoreside navigator Marcel Van Triest of how the final leg and overall race was won.

July 17, 2018
Dee Caffari puts most of us to shame. She turned up in the cliquey world of offshore racing in her mid-twenties without a reputation built... Continue reading
Cruising
Read more

July 17, 2018
A complete power failure mid-ocean is thankfully rare, and it is usually the charging system that fails rather than batteries, writes Chris Tibbs. That said,... Continue reading