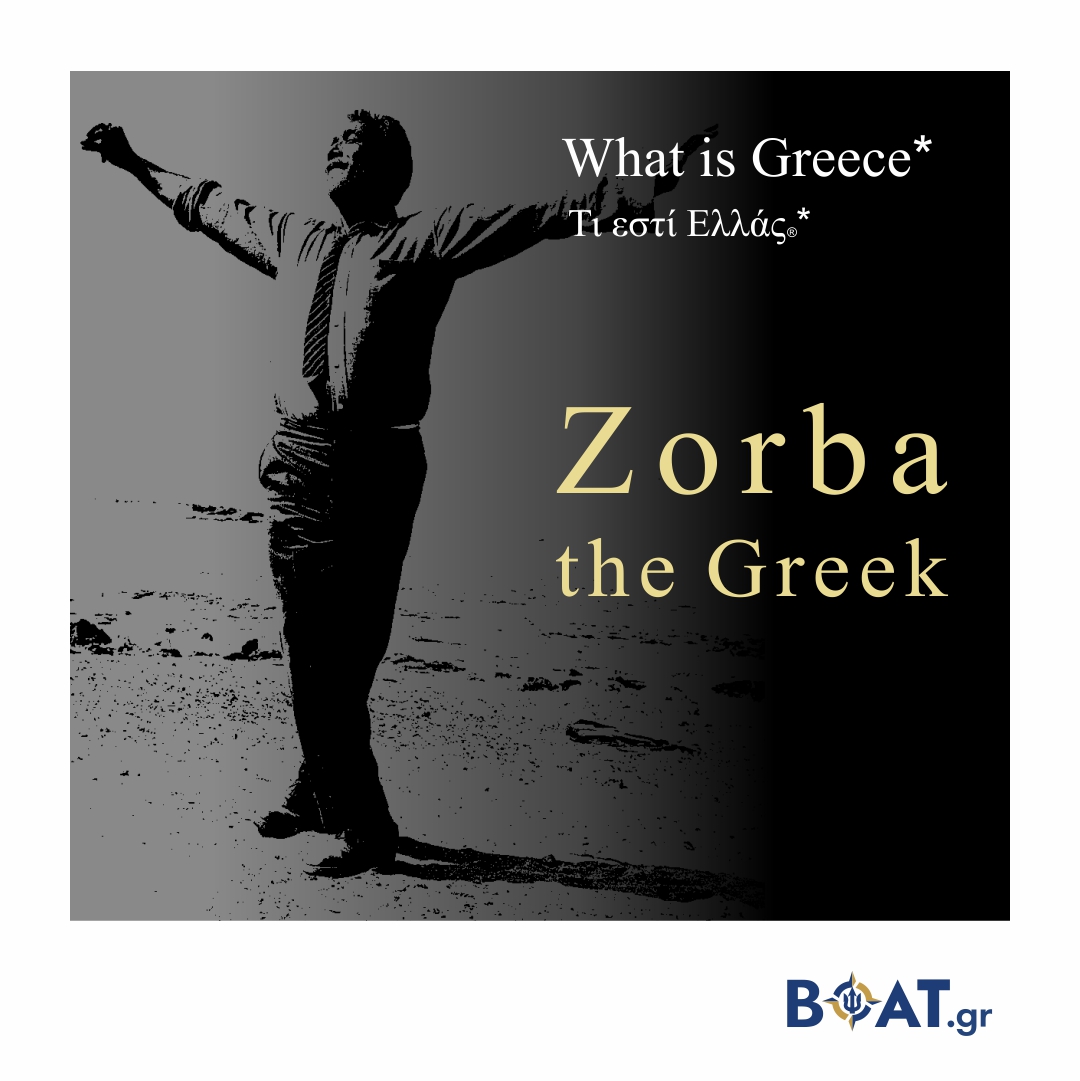 “Since we cannot change reality let us change the eyes with which we see reality. ” Zorbas

Zorba is the Greek personification of the spirit of life. He dances. He indulges in pleasures both sensual and sensuous. Music is the stuff that feeds this spirit and dance is the manifestation of his inability to master his impulses. While music can be seen as a thing that is sacred to Zorba, dancing can be seen as almost a thing that is profane because when the spirit hits him, he gives in to impulse regardless of the circumstances; at a solemn funeral, for instance. Zorba is the connection between the sacred and the profane and thus a fusing of the earthly needs and the higher aspirations of man.

Georgios Zorbas was a real person – a Greek miner upon whom Nikos Kazantzakis based his famous 1946 novel Alexis Zorbas,

To this day Zorba’s music and dance elevates people all over the world.